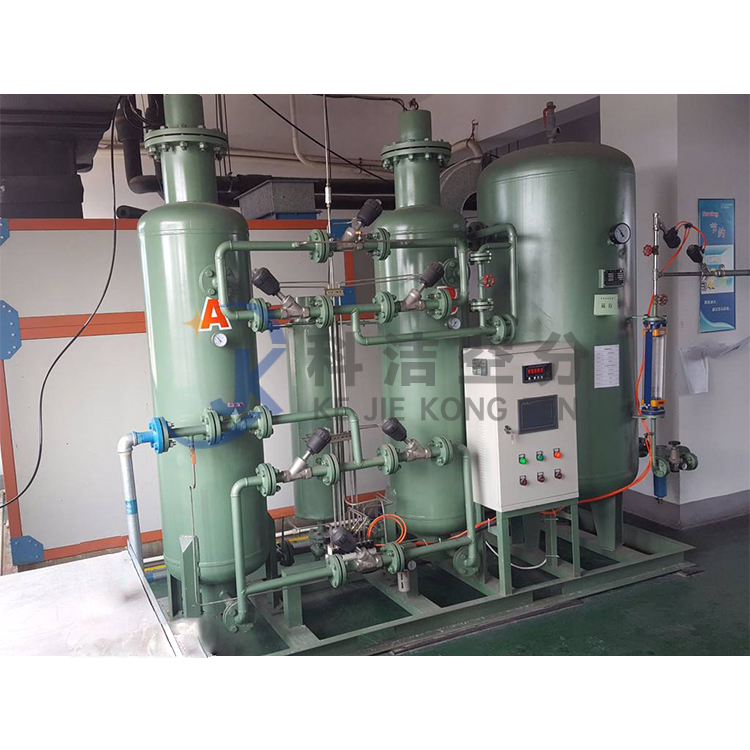 The diameter of oxygen molecules is smaller than that of nitrogen molecules, so the diffusion speed is hundreds of times faster than that of nitrogen, so the speed of carbon molecular sieve adsorption of oxygen is also very fast, adsorption about 1 minute to reach more than 90%; At this point, nitrogen adsorption is only about 5%, so it's mostly oxygen, and the rest is mostly nitrogen. In this way, if the adsorption time is controlled within 1 minute, oxygen and nitrogen can be initially separated, that is to say, adsorption and desorption is achieved by pressure difference, pressure increases when adsorption, pressure drops when desorption. The difference between oxygen and nitrogen is realized by controlling the adsorption time, which is very short. Oxygen has been fully adsorbed, while nitrogen has not had time to adsorb, so it stops the adsorption process. Therefore, pressure swing adsorption nitrogen production to have pressure changes, but also to control the time within 1 minute.