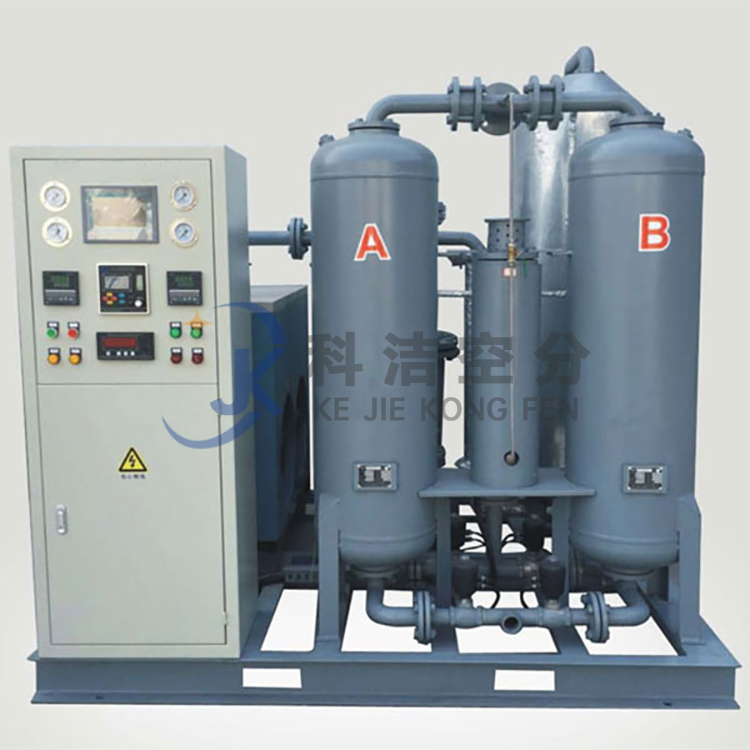 Purification process is combined with two kinds of high efficient catalysts, Hydrodeoxygenation at normal temperature,Removing excess hydrogen(When there is a requirement for hydrogen),The high purity nitrogen were obtained through purification process Removal of water and impurity.

High purity nitrogen was obtained by removing impurities such as oxygen, water, carbon dioxide and dust in nitrogen by catalytic deoxidation adsorption drying. Hydrogen, nitrogen and join after static mixed into the heat exchanger, using the deaeration tower export heat preheating in tone, and then enter the deaeration tower with efficient hydrogenation deoxidizing catalyst, the oxygen, nitrogen impurity react with hydrogen to generate water was removed, release a large amount of heat at the same time, 1% oxygen react when heat can form about 200 ℃ temperature. Then through the heat exchanger, and then into the dry filtration device to remove water, carbon dioxide and dust particles and other impurities, so as to obtain high purity nitrogen.