How does the nitrogen generator produce nitrogen? How many ways? 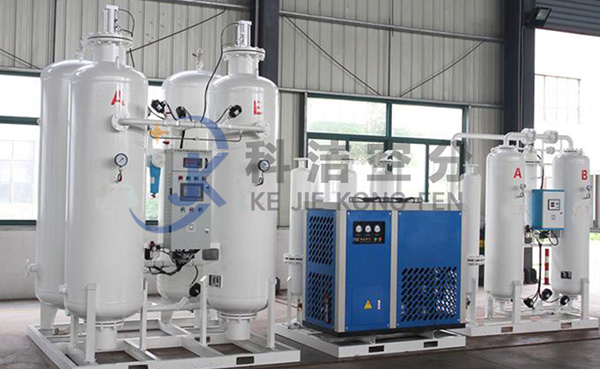 The first method is nitrogen production by cryogenic process
This method first compresses and cools the air, and then liquefies the air. Using the different boiling points of oxygen and nitrogen components, gas and liquid contact on the tray of the distillation column for mass and heat exchange. The oxygen with high boiling point is continuously condensed from the steam into a liquid, and the nitrogen with low boiling point is continuously transferred to the steam, so that the nitrogen content in the rising steam is continuously increased, while the oxygen content in the downstream liquid is higher and higher. Therefore, oxygen and nitrogen are separated to obtain nitrogen or oxygen. This method is carried out at a temperature lower than 120K, so it is called cryogenic air separation.
The second is to use pressure swing adsorption to produce nitrogen
Pressure swing adsorption method is to selectively adsorb oxygen and nitrogen components in the air through adsorbent, and separate the air to obtain nitrogen. When the air is compressed and passes through the adsorption layer of the adsorption tower, oxygen molecules are preferentially adsorbed, and nitrogen molecules remain in the gas phase to become nitrogen. When the adsorption reaches equilibrium, the oxygen molecules adsorbed on the surface of the molecular sieve are removed by decompression to restore the adsorption capacity of the molecular sieve, that is, adsorbent analysis. In order to continuously provide nitrogen, the unit is usually equipped with two or more adsorption towers, one for adsorption and the other for analysis, and switched for use at an appropriate time.
The third method is to produce nitrogen by membrane separation
Membrane separation method is to separate nitrogen rich gas from mixed gas by using the permeability selectivity of organic polymerization membrane. The ideal film material should have high selectivity and high permeability. In order to obtain an economical process, a very thin polymer separation membrane is required, so it needs support. Armor piercing projectiles are usually flat armor piercing projectiles and hollow fiber armor piercing projectiles. In this method, if the gas production is large, the required film surface area is too large and the film price is high. Membrane separation method has simple device and convenient operation, but it is not widely used in industry. 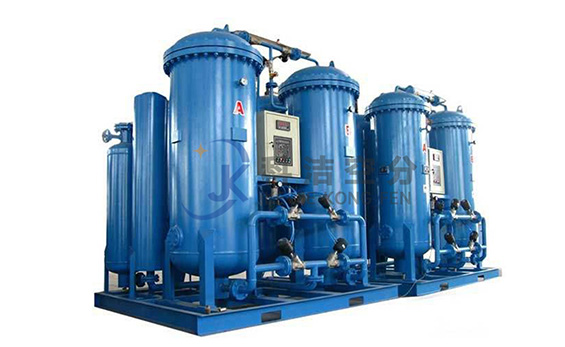